Diversity and Inclusion
Tell us about your journey to becoming a lawyer and what you do now.

My journey into law was quite unexpected. When I graduated with a degree in Economics, I actually wanted to be a stockbroker or work in finance. And yes, it was purely for the money! My graduation coincided with the financial crash in 2008, so there were fewer opportunities. I failed an interview at a well-known stockbroker. One of the brokers was a family friend and somewhat of a mentor to me, and while I didn't get the job with him he was kind enough to recommend that I apply for a job at Osborne Clarke - so began my career into law!

I was a Private Client Paralegal for four years and learned an awful lot in that time. Unable to find a training contract, I moved to a smaller firm while I really cut my teeth and started my qualification as Legal Executive. I moved back to a large firm, Womble Bond Dickinson, where I was reunited with some former colleagues from Osborne Clarke. I was a much more rounded lawyer at this stage and spent three happy years there before I qualified as a Legal Executive.

It was around this time where I started learning how to code. Web development had taken a pivotal shift towards richer applications and interfaces - I was blown away buy all the high-growth companies and products that were being built. I wanted to be part of the developer community in and around Bristol so started to pivot my career in that direction – attending meetups and networking a lot. This was also the early stages of blockchain becoming mainstream and I started to explore and understand that technology.

Back to law. I joined Clark Willmott, again reuniting with another former colleague, and spent two great years there. But my itch to innovate was becoming stronger. I started the very early steps of designing and founding SenseCheck (an AML / Bank Verification Platform for Private Client Lawyers) and attended more networking events relating to coding and blockchain, teaching myself fundamentals and, most importantly, blogging about it. I can't stress enough the power of blogging and putting your thoughts into the world. Use social media to your advantage! It was through an article I wrote that I met Will Foulkes – who has become a great friend and colleague. We joined Thrings together for a year or so and, while the role didn’t work out exactly as planned, we had a great time there. Understanding clients’ needs around blockchain and the demand for innovation internally really opened up more opportunities for me. I was getting heavy into document automation and the LegalTech sector was really hotting up.

I was making videos and writing about LegalTech, throwing myself into the community and making my voice heard. I found Stephenson Law just at the right time, during the pandemic, where I joined them as a Legal Engineer. My role now involves document automation, web development, data cleansing, operations, training videos, marketing automation and some backend development. I have really sharpened my problem-solving skills and I’m learning more and more valuable, long term skills. My goals now revolve mostly around full stack software engineering (including blockchain), UI/UX design and integration of products – I’ll probably need to specialise as the team grows - we’re hiring by the way!

My work ethic originates from the Japanese philosophy, Kaizen. I aim to make each aspect of the business 1% better each week so that it compounds, and we are an efficient, joyful place to work and do business with.

Has being bi-racial affected your studies/ career in any way?

My childhood and my career have been quite similar in that I’m almost always the only ethnic minority in the class, team or firm. It’s getting better over the years but it’s rare to meet other people that look like me. I haven’t experienced a lot of direct racism or discrimination, but recent events like Black Lives Matter have encouraged me to reflect on my environment, the people I spend time with, where I work and who I do business with.

Looking back, there has been a lot of casual racism, micro-aggressions from colleagues and clients. I’ve heard people say, “you’re not that black anyway” or, “I don’t like black people, but you are alright”. It’s also challenging to demonstrate that you’ve earned your place on merit when accepting positive discrimination. The initiatives using that method often foster resentment from those on the outside and self-doubt for those receiving. Overall, I think they still play a part in levelling the playing field. I’ve learned that life is not (sadly) a meritocracy based on academic performance. Networking has been the biggest leveller – making genuine connections gives you a foot in the door. It can be hard to network in traditionally non-white spaces, but remember you do belong here. There are plenty of allies at every firm – enough to drown out the noise from people with a narrow world view.

What would you say to people who are bi-racial and are unsure about whether or not to pursue a law degree/legal career?

A law degree is a great foundation – and not just for a career in law. The critical thinking, research and analytical skills you develop will serve you well. That being said, the cost of a degree and the further qualifications you need to qualify through the traditional route shouldn’t be discounted.

I was fortunate to study under the old regime where my tuition fees were £3,000 a year. Even with a steady job, quite soon after I graduated it took me until I was 30 to pay it off. The opportunity cost of debt is very real – and this is compounded by fees being 10 times that now. A friend of mine decided not to go to university, (he got three As at A-Level) but decided to take an accounting apprenticeship instead. He’s about to fully qualify as a Chartered Accountant with no debt at 22. He’s saved enough money for a deposit on a house too! Don’t discount alternative methods to qualification.

The best thing you can do before making that decision is to talk to people who are 5-10 years ahead of you. Ask them about the quality of their life, not just what they do day-to-day in the office. Find examples of people who have had similar starts in life as you, either financially or from your ethnic background and what they did to achieve their results.

I also advocate for getting as much experience as possible working in law. Paralegalling is a fantastic way to earn and learn, develop commercial awareness, grow your network and really see what it’s like to work in a law firm. I’d opt for that before embarking on an LPC or GDL – or do it concurrently if you can.

Finally, so many jobs involve technology in some form. So, (here it comes!) learn to be proficient with tech and - if you are so minded - learn to code! It doesn’t mean becoming a software engineer – that’s a whole discipline in its own right – but developing a good mental model of how software works and how platforms integrate is really important. Your tools as a lawyer are technology based and all businesses are increasingly tech driven.

What advice would you give yourself 5 years ago/ beginning of your journey?

I have three key bits of advice:

Remember that your trajectory is more important than where you are. You can achieve an awful lot in 5 years and the time will pass quickly. The decision to start or change direction can be made at any moment, but it’s consistency over time that will get you where you want to be.

b. Find a mentor

I’m grateful to have had excellent mentorship over the years. So, find a mentor! It doesn’t have to be formal, but make a list of people who you respect, have done what you want to do and have time to impart their wisdom. Some of the best mentorship I have had has come from LinkedIn.

You don’t need to have thousands of followers, but having a presence will open lots of opportunities. Using social media to ‘learn in public’ has been life changing for me. Make the kind of content you want to read or that your younger self would have found helpful.

What Covid-19 Candidates Say About The Impact Of The Pandemic 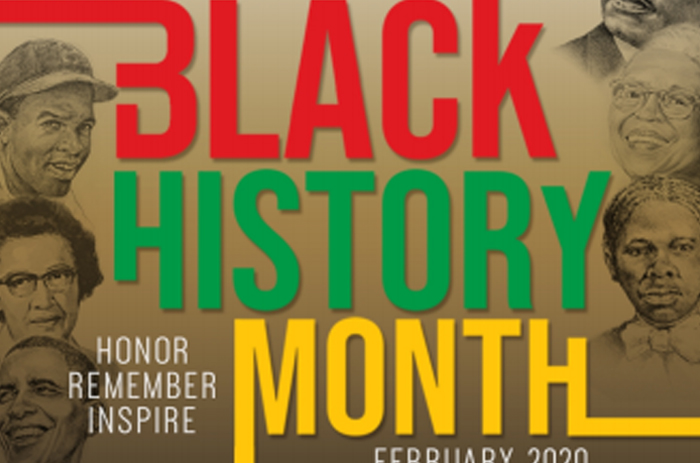 What Covid-19 Candidates Say About The Impact Of The Pandemic